The London Eye has opened again after it’s annual maintenance over New Year and it started with Lift London.

Coordinators put together a great day to help Londoners to beat the January blues with a great range of classes to keep those resolutions.

Lift London is in its second year and totally free, providing you arrived early enough to get a ticket. The event was held in various private pods where you could take in London like you never have before.

Lift London was held over four pods throughout the course of the day dubbed Mind, Body, Spirit and Soul. If you managed to get on the Soul pod artist Melissa Scott-Miller guided you into drawing the London skyline.  The Mind pod was held headed by the Heruka Centre who taught us how to meditate over stunning views. The Career pod was lead by author of ‘Get Rich Blogging’ Zoe Griffin giving career advice to those looking to get ahead. Yogi Danai Kougiouli got the body pod pumping with yoga. That was a sight! A handful of Londoners in downward dog half way up London! 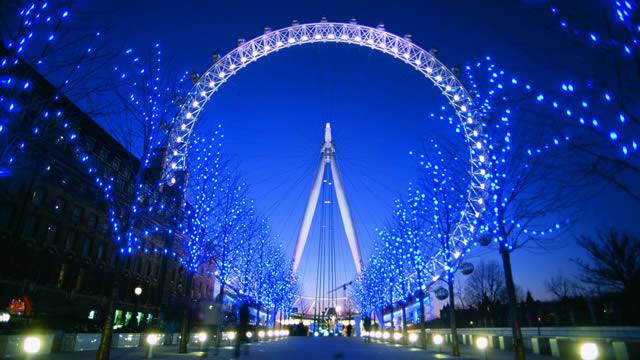 We managed to get on to the Mind and Soul pod. Drawing the ever changing skyline and perspective was a task that only DaVinci or Turner could deliver flawlessly in 30 minutes. Led by Melissa Scott-Miller, we were able to pick a spot and concentrate on the shapes instead of trying to sketch all of London. We’re no Michelangelo but I don’t think our attempt at Big Ben was totally awful.

Meditating on the London Eye with the Heruka Centre is something all Londoners should do at least once in their life. Equipped with neon coloured bean bags we sat on the floor of the pod, closed our eyes and went through a basic relaxing meditation routine. We opened our eyes as we reached the top where London had laid itself out for us, just as the sun peeked through the grey clouds.

When we live in London, we tend to only notice the tube delays, the wet rain and endless crowds and forget what an inspiring city the capital really is. Many great works of literature, art and music were created sitting by the Thames, seeing it from up high reminds you why.

Lift London happens every year as the Eye opens its doors after its maintenance. Similar events are held throughout the year and can be found on the official London Eye site.